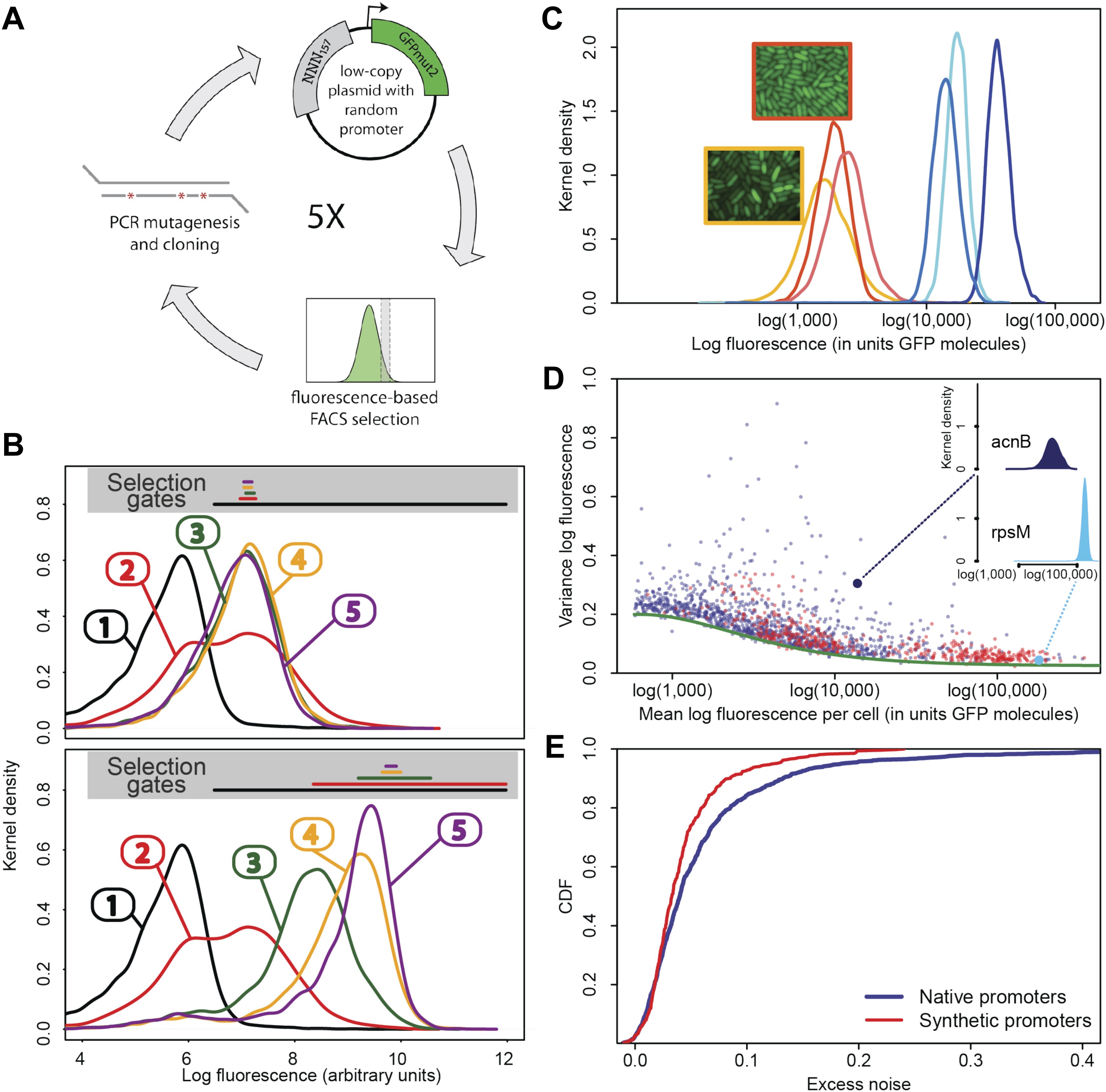 In studies of gene regulation, it is often tacitly assumed that the interactions between transcriptional regulators and their target promoters are finely tuned to ensure condition-appropriate gene expression of the targets. However, how natural selection might evolve such precise regulation from an initial state without regulation, is rarely discussed. In addition, the accuracy of gene regulation is affected by noise in gene expression. Expression noise varies greatly across genes, suggesting that natural selection has affected noise levels, but the role of expression noise in gene regulation is currently poorly understood. Here we present a combination of experimental evidence and theoretical modeling showing that the transmission of expression noise from regulators to their targets can function as a rudimentary form of gene regulation that facilitates the evolution of more finely tuned gene regulation. To assess how natural selection has affected transcriptional noise in E. coli, we evolved a large set of synthetic promoters under carefully controlled selective conditions and found, surprisingly, that native E. coli promoters show no signs of having been selected for minimizing their noise. Instead, a subset of native promoters, which are characterized by high expression plasticity and high numbers of regulatory inputs, show elevated noise levels. A general theoretical model, which recognizes that target genes are not only affected by the condition-dependent activities of their regulators, but also by the regulators? noise, explains these observations. Noise transmission from regulators to their targets is favored by selection whenever regulation is imprecise, and may even constitute the main function of coupling a promoter to a regulator. Our theory provides a novel framework for understanding the evolution of gene regulation, demonstrating that in many situations expression noise is not the mere unwanted side-effect of regulatory interactions, but a beneficial function that is key to the evolvability of regulatory interactions.

No comments yet. Why don't you write one?